When starting app development, you are likely convinced to adopt agile. But why? Is it somehow better than waterfall? Does it affect the development process and the end result? This article answers all questions about software development methodologies. 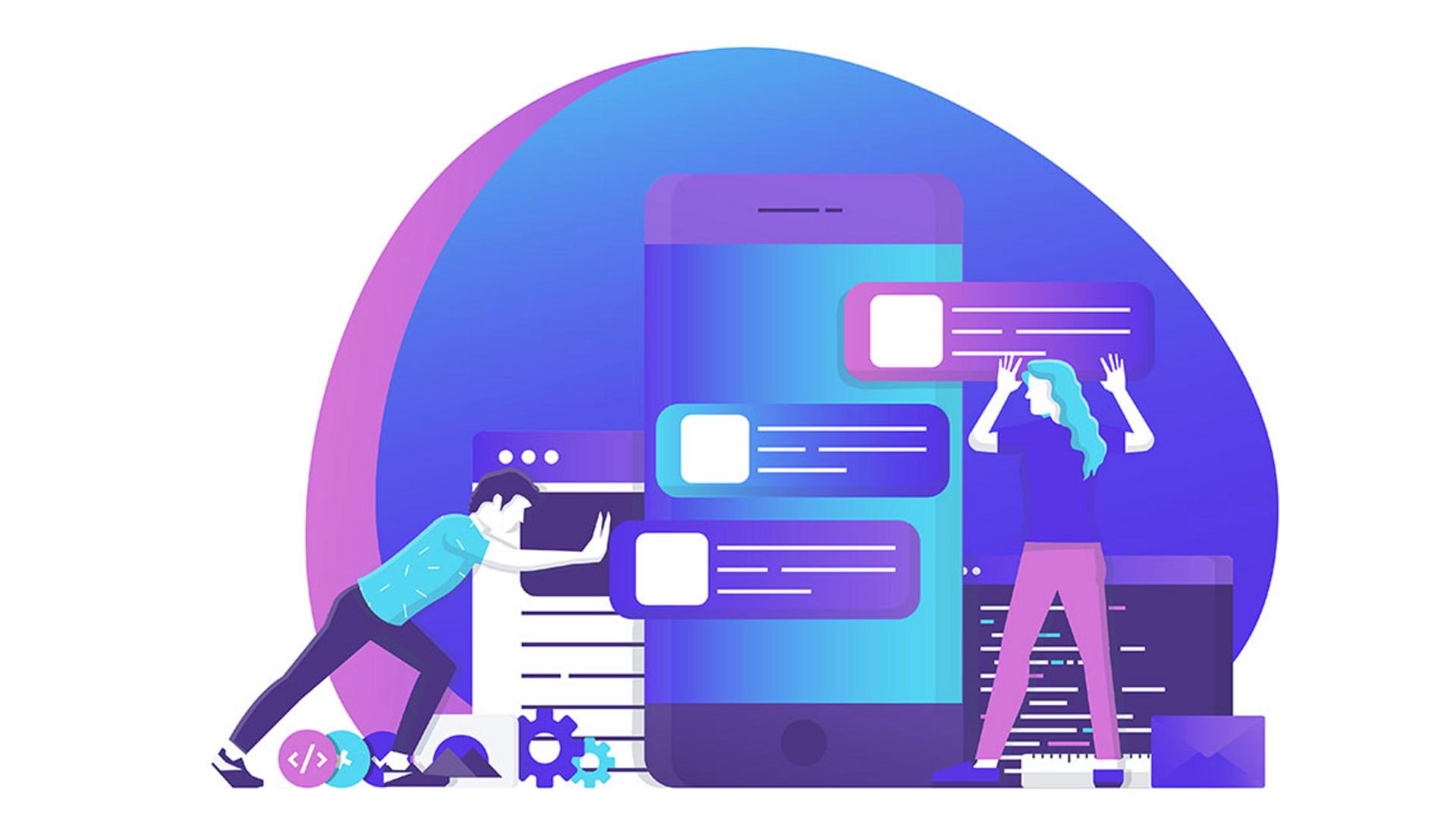 In this post, we’re going to discuss how two different types of development methodologies—agile vs. waterfall- tackle each of these steps.

The waterfall process model follows a more traditional strategy. It tackles each of the steps listed above in a distinct, chronological order. An app’s design, for example, is completely laid out and decided upon before moving onto construction. And, similarly, an app’s construction is completely finished before testing begins.

Check out this illustration for a visible representation of waterfall vs. agile.

What is Agile Methodology?

Instead of finishing one step before moving onto the next, agile application development enables teams to set and pursue incremental goals in each of these areas simultaneously.

These incremental goals are typically met via sprints. In a sprint, team members are given a clear, accomplishable goal and a firm deadline for achievement (typically about a week). As we’ll discuss in greater detail below, this approach has some crucial benefits.Basic Agile Principles

Here are the core principles the agile development process is designed to enable:

Let’s wade in and compare the two different philosophies and approaches of agile and waterfall mobile app development. We’ll discuss the core structures of each approach in greater detail, but here’s a quick summary.

How to take the most benefits from agile app development?

Partner with a team that has successfully implemented agile projects.

With an agile approach, your mobile app team will set about developing your app in a short time sprints that simultaneously apply each of the app designing steps listed and illustrated above. After your app idea’s initial conception, they won’t just move onto initiation, but also analysis, design, testing, and more.

How To Outsource App Development and How Much Does It Cost

Why is this approach so potentially powerful? Because, contrary to popular belief (and what experienced app developers or coaches might like you to believe) mobile app development is a messy process, and is rarely carried out in discrete, isolated project development phases. Your mobile app’s design, construction, and testing, for example, can and should be closely intertwined.

If a fundamental construction issue or design flaw is uncovered during your mobile app’s development, then your team may have to make tough choices and adapt or adopt a new design facet or construction elements. But, with an agile approach, a pivot or adaptation like this isn’t seen as a setback or even a mistake. It’s simply considered an intentional part of the design process.

And, because the agile process tackles each design step simultaneously, pivoting and making changes to your app’s design, construction and deployment is more cost-effective. Instead of waiting to test until you’ve invested your entire construction budget in a full-fledged, feature rich near-final iteration of your app, your team will test smaller, incremental iterations constantly, making changes, revisions, and improvements as you go.

In the end, more often than not, this agile development process results in an app with a better design, fewer flaws or bugs, and greater usability.

If you’d like to learn more about the agile mobile app development process and how it can be applied to create great results for your app-in-the-making, feel free to reach out to us for a consultation. We offer a full range of development services for many mobile app types.

Compared to the agile process, the waterfall model is a bit clunkier. Though, if your team is experienced and you know exactly what you and your customers are looking for in an app, this process can still prove efficient and viable.

So how, specifically, does the waterfall methodology work? Like the agile methodology, the more traditional waterfall model tackles the same seven basic steps of app development (as listed and illustrated above). But unlike agile, which simultaneously tackles each of these steps, the waterfall method attacks each step sequentially. That means that, before construction, your mobile app is completely designed. And, before testing begins, your app is completely constructed.

While this type of organization does have some appeal—it does, for example, make management easier and may make more sense to application or business owners less interested or engaged with the minutia of mobile app development, this process presents several potential pitfalls.

First, when you follow a sequential approach like the waterfall model’s, it makes it more costly and time intensive to adapt your app when adopting new features or fixing fundamental errors.

In the waterfall method, if you reach the testing stage and uncover a significant bug, you may have to scrap code or construction elements that cost thousands of dollars and hundreds of hours to create.

What’s worse, because of the sunk cost bias, you and your team might decide to keep a less than optimal feature, even if it doesn’t test well, because you’ve already invested so much in its design and development.

Along the same lines, the waterfall development process can tempt your team to take shortcuts in the later project development phases, even though these stages are arguably the most important. If your app launch has a clear, non-negotiable deadline and you encounter unexpected setbacks early on in the development process, you might be forced to cut corners in the later stages of construction or skimp out on crucial testing or deployment processes.

In the end, we believe that the waterfall model is more likely to lead to unforeseen and unplanned project delays. Because waterfall allows little to no flexibility, your team may be forced to make costly changes or avoid changes that would keep your app and concept alive and relevant.  That means final products may be less likely to satisfy user expectations.

Why you should choose the Agile approach to mobile app development

Agile development’s iterative approach leads to mobile apps with better designs, better code, and better ROI. Why? Because compared to the waterfall model, the agile model doesn’t just acknowledge that mistakes and flaws will occur in the development process—it expects them. And, by enabling simultaneous construction, design, and testing, it allows your team to diagnose, resolve, and engineer around these potential setbacks as they appear.

How to Make a Business Plan For Mobile App Startup

Are you looking for an app development company that can deploy the agile approach to achieve the best results?

Clockwise Software is equipped to assist you at any stage of the development process.

Get in touch
Authors