Starting a new project you definitely have to face the hard choice of the technologies it will be based on. This comparison of three most powerful fron tend frameworks will help you making the right choice according to your real needs, and not just current trends. Check it out! 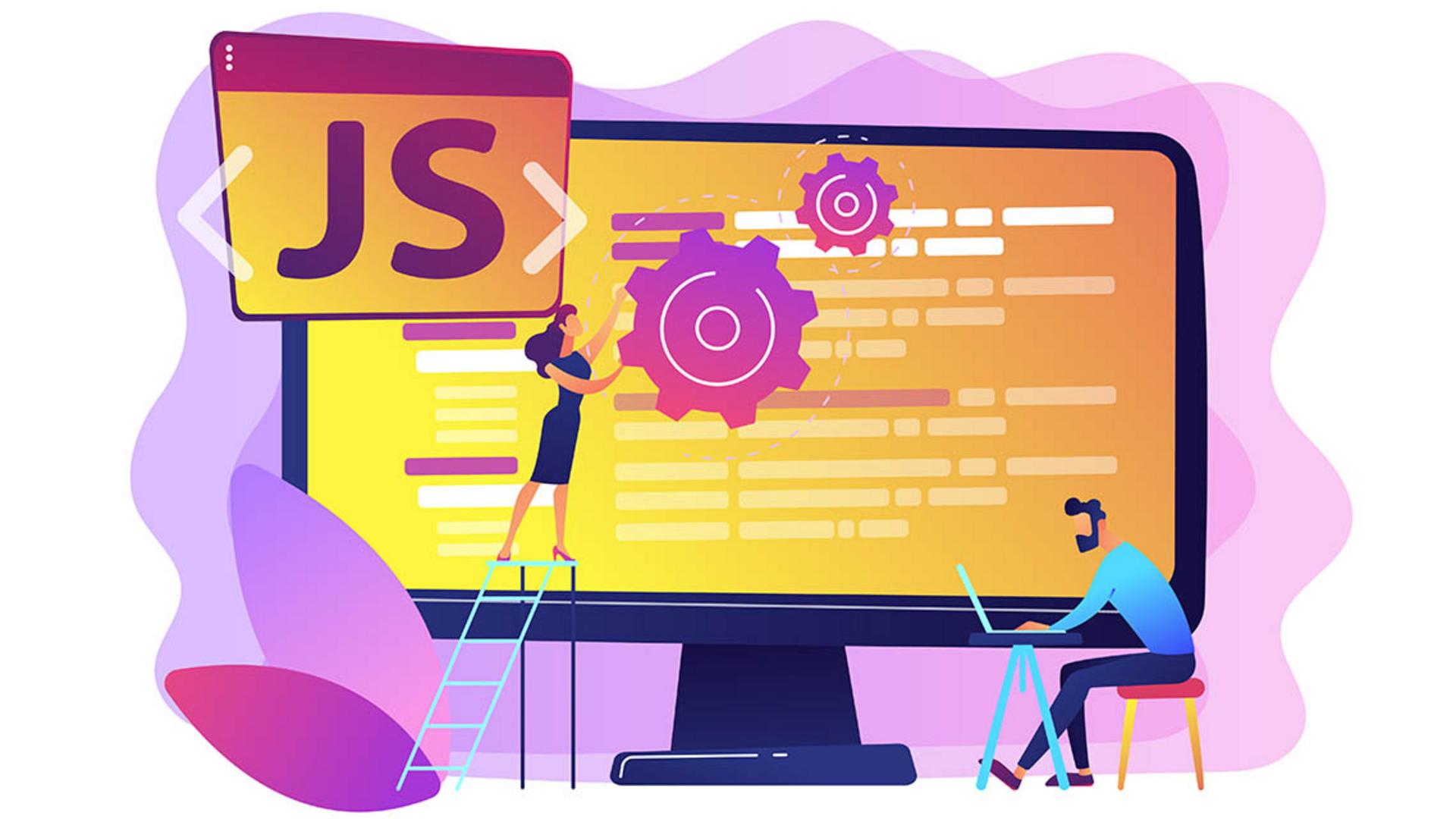 Angular vs. React vs. Vue is one of primary choices in every web development process. The frontend framework you select influences almost everything: speed, and, therefore, cost of development, compatibility with other technologies, app speed and performance, and so on.

The variety of technology available is enormous. That’s why we’ve decided to prepare a series of articles comparing the most popular technologies for different purposes.

We’re starting with frontend frameworks because they are responsible for what users see in their browser.

Attention! This article is written based on our own experiences using these JavaScript frameworks for various web development projects. Some subjective conclusions may be included, but they are all supported by real-life examples. So, let’s dive in!

A frontend framework - why would you need one?

We’ll start with a little bit of theory. In web development, we always differentiate between frontend and backend.

The frontend is the part of the website that users see in their browser. The backend, accordingly, is behind the scenes and is usually responsible for the business logic of the web app.

Technically, all three frontend elements are just lines of code that are then rendered by the browser to display a beautiful web page. Developers spend many hours writing code to make your website look great. However, there are helpers that can reduce the amount of code required and optimize the development process in general. This results in a reduction in development time and cost of bringing the product to the market. These helpers are called frameworks.

A software framework (be it frontend or backend) includes standardized pre-written code, making the development of certain functionality easier and faster.

Selecting a frontend framework isn’t easy. There are many things to consider, with various advantages and disadvantages to compare, and several issues to discuss! To help you make your decision, we have prepared a detailed comparison of the best JavaScript frameworks. After reading this article, you’ll understand what options work best for your needs!

Why JavaScript? This is one of the most popular programming languages in the world and the most widespread technology for building web interfaces.

Generally, it is possible to write frontend code in any programming language. However, this code must be converted into JavaScript because browsers can currently only execute JS. The introduction of WebAssembly, one of the main web development trends, could soon change this situation. However, JavaScript is still the optimal choice for frontend development.

There are many JavaScript frameworks that will make client-side development easier and faster. We are going to describe three of the most popular and best-performing frameworks that we often use in our projects: Angular, React and Vue.js. Here we go!

The AngularJS framework was first released by Google in 2010. In 2016, Angular 2 appeared, which was a complete rewrite of Angular JS. Since then, new versions have appeared frequently. Angular 7 is currently the latest version available.

The new major release of Angular 8 is scheduled for March 2019. But let’s take a look at the current version, Angular 7. What is new in comparison to its predecessors?

The Angular framework has continued to evolve despite the fact that it is already over 10 years old.

When to use Angular?

Several apps that are known worldwide were built with Angular, and there are some good reasons for this.

PayPal is among the most popular modern payment gateways. It provides an intuitive and easy checkout, which was developed using Angular. PayPal developers have also shared the lessons they learned while working with the framework on critical features.

The British daily newspaper, The Guardian, has implemented UI best practices in their website with the help of Angular. This framework, together with RxJS extensions, for example, is responsible for infinite scrolling on the page.

Below are several web apps developed by Clockwise Software that use Angular as a core frontend technology. Click on the links to read about the development process for these apps.

Strapping - order management system
Strapping is a custom software used for complex inventory management. Angular was used here as part of the MEAN stack together with MongoDB, Express.js, and Node.js.

Toddy is an online marketplace for parents and babysitters. To reduce development time and cost, we developed a cross-platform application using a combination of Ionic 2 and Angular 2.

Not sure if Angular is a good match for your web application?

Discuss the possibilities of this framework with a professional

React is actually a JavaScript library created to build user interfaces. It is supported by Facebook and Instagram and has become a core technology for the endless feed in these two applications. As a JS library, React has a limited sphere of usage, but when bundled with other libraries it becomes a powerful solution, making it a main competitor of Angular. And this is why:

In version 16.8.0, React has introduced Hooks. They enable you to use state and other React features without writing a class.

The creators of React claim that they have no plans to remove classes from the library. That is just an alternative for React developers, which still needs improvement. So, there’s no need to rewrite the whole codebase with hooks. However, a few components are worth it.

The introduction of hooks reduces the learning curve for frontend beginners. In addition, hooks enable developers to adhere to functional programming instead of object-oriented programming.

When to use React?

React is pretty universal, which means that you can build almost anything with it. However, there are some cases for which React js development is an absolute must. For the following apps, React is currently the best solution available on the market.

React was developed and supported by Facebook and Instagram, and these two social media apps are a classic example of React usage.

Unsurprisingly, Facebook uses its own technology in its products.  React Native, for example, is the key technology used in the Ads Manager app - the mobile website and app that allows clients to manage their Facebook ads on the go. The developers claim that it is the first cross-platform React Native app, and they have even posted a story about how it was created.

Here, at Clockwise Software, we also have experience building web applications with React.

Segment AI
For this web application, which has elements of data science, we selected a combination of Laravel PHP for the backend, and React as a central frontend technology. The Mix tool allowed for quick installation of all the necessary plugins to enable the compatibility of these web development frameworks. Due to this, we’ve built a robust and powerful application that includes the data science module written in Python.

Vue.js is a popular Angular and React alternative. This progressive framework for UI building is gaining popularity. It first became extremely popular in China, and is now becoming popular in the West as well.

When to use Vue.js?

Vue can be used for many different application types. Due to its compatibility with other JavaScript libraries and its ability to add more complex logic to existing apps, it can provide a perfect solution for nearly any project type. However, you should consider Vue.js as a primary option if you have the following requirements:

What’s next for Vue.js?

The current stable version of Vue is 2.6.6. Version 2.0 was released in 2016 and since that time there have been only minor updates and improvements.

However, Evan You has announced Vue.js v3 and we are thrilled to see how the framework will change. Here are a few things to anticipate:

Even though Vue is a relatively new technology, it is already being used in several large-scale projects, mostly in China.

The websites for Alibaba, Xiaomi, Baidu, and Tencent all use Vue as a central frontend technology.

Along with providing Vue.js development services, our team uses this technology for several internal projects. For example, the Clockwise Software website was built using Vue.js combined with Nuxt.js - a framework for creating Universal Vue.js Applications. VueJS allowed us to create simple and well-structured components and pages, and Nuxt.js enables us to perform static generation of website pages. Statically generated pages are good for SEO and also extremely fast because the server does not need to perform rendering.

To make our overview of frontend frameworks easier to understand, we prepared a table comparing critical factors to consider when choosing between Vue.js and React.

Vue and Angular are more similar. However, there are still aspects you have to keep in mind when choosing a frontend framework for your web application development.

Conclusion: Vue vs React vs Angular

The family of JavaScript frameworks is huge. Each has been built to solve different tasks, but their functionality can be extended by using various third-party solutions, which require different levels of expertise. They are all different.
Angular, React and Vue are the top players among JavaScript frameworks for frontend development. They can all be used for any requirement. However, each framework offers something it is extremely good at.

You don’t need React to build a static blog, but this technology will make a dynamic website work flawlessly. Its sibling, React Native, enables native mobile apps to be built using JavaScript!

Vue combines the best features of Angular and React, and is continually expanding its position in the world of web development. With its performance benefits, Vue is already beating its competitors.

JavaScript frameworks perform magic when building user interfaces. They offer solutions for quick and robust development, enabling you to build more sophisticated interfaces, and extends the possibilities on the client side of the web application.

Looking for a frontend development team?