How to fund a startup? The comprehensive guide to investments

How to fund a startup? In this article, we talk about various investment strategies, review the difference between a venture capitalist and an angel investor, and find out why crowdfunding a startup may be a good idea! 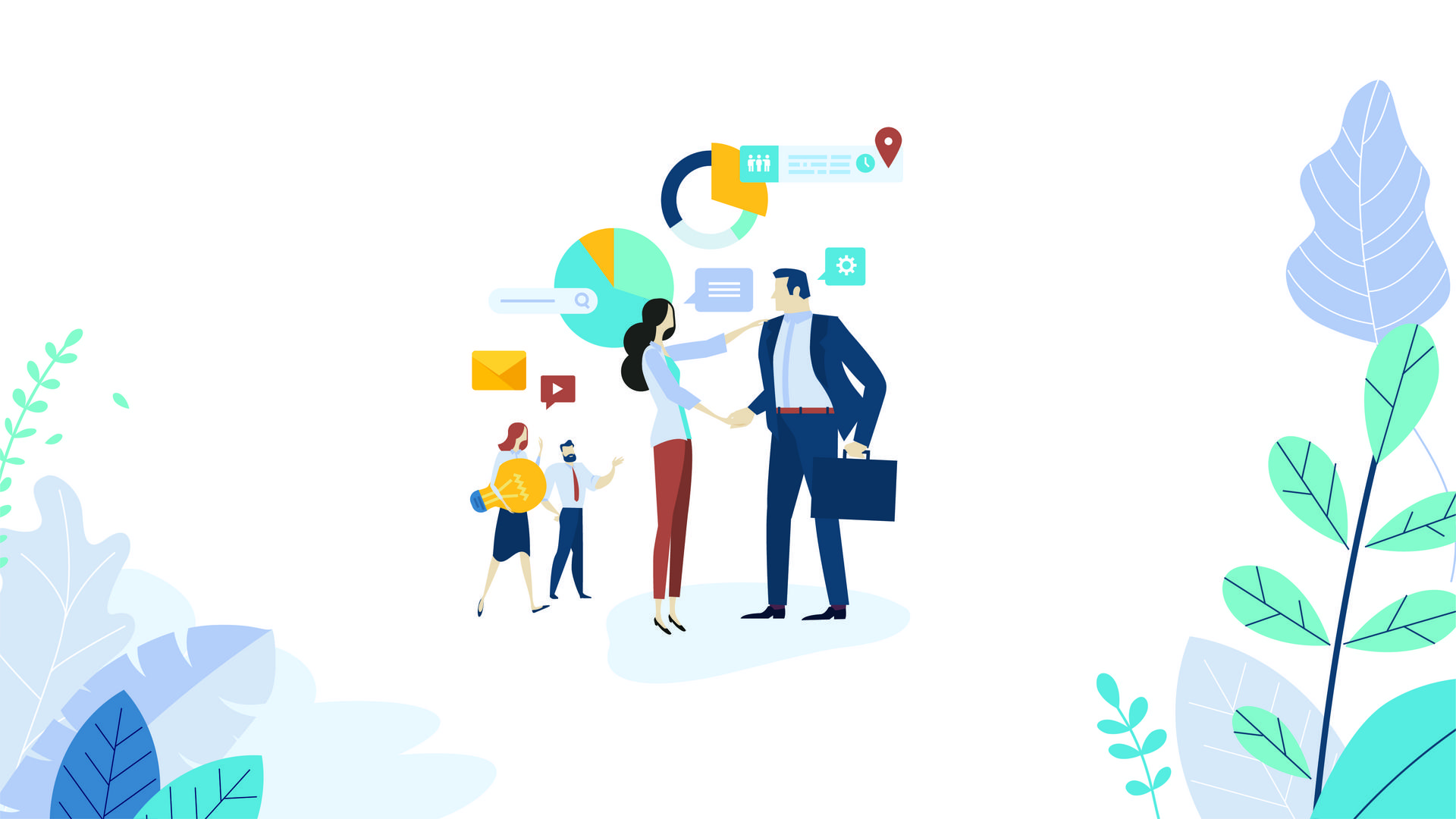 Quite often we meet with people that have ingenious ideas. Their inspiring inventions could make the world a better place, but they are often intimidated in the face the sad truth of business. Every idea remains an idea until you invest a solid sum of money into it.

However, not everyone is able to fund a startup on their own. The best solution is to attract outside investments.

But who are these potential investors? How is the stock divided between founders and funders? When is the right time to attract investments and what are the steps to financing?

We’re opening the door to the fascinating world of big money, big funding and big startups. Welcome to our ultimate guide dedicated to investments.

What is equity? How is it divided? Does the investor get a piece of your pie?

Equity is the ownership of a company divided into small pieces depending on the startup structure. You, as a startup founder, own some equity, and your co-founders, first employees, and investors all also own equity. If your company is a pie, everyone gets a slice. But how big should each slice be? To answer this question we need to clarify one more term.

Stocks are pieces of the startup, or its ownership, to be exact. Actually, the owner can divide a company into as many pieces as they want. Every stock is equal to a percentage of company ownership. A company can release several portions of stock in exchange for investment or services. Every time this happens, while the ownership percentage for each stock decreases, their real value increases. This process is called dilution.

At the beginning of a startup, there is only one person with an outstanding idea who owns 100% of the virtual company. To make this company real, help is required. They need to find someone with appropriate skills and similar visions. Idea owners can’t attract this person with an offer of a high salary (there’s no budget yet), so they have to share startup ownership. In this case, the co-founders start working together to build a strong company, and each take personal responsibility for. In this case the equity is divided 50:50.

Finding employees can be a real challenge for a startup. Offering high compensation is almost impossible, positions at startups aren’t really attractive. But it is possible to build interest by offering employees stocks in addition to their salary.

Co-founders may release a new portion of stock and reserve it for hiring. This reduces their personal share in the company. As a result, ownership of the company is divided as follows: 45% (co-founder 1) + 45% (co-founder 2) + 10% (reserved for the first employees).

Sooner or later you’ll be in need of your first outside investments. You’ll look for funders among your friends and family first. If someone is ready to invest in your prospective business, then you’ll release the next portion of stock and grant a percentage of the company ownership to them.

If you’re unable to find a funder among your relatives, then you’ll want to attract an angel investor. Angels are ready to invest during early startup funding stages, even when no significant results can be presented. Angel investors also receive a percentage of the company in exchange for their money. You can also count on support and advice from your angel, which is sometimes even more valuable than the investment itself.

The next round of funding involves venture capital firms. They invest in startups professionally and their main objective is to discover prospects and make sure that the business grows. The amount of money that can be raised from venture capital firms is much higher and can reach several millions of dollars. But the slice of the pie you have to give up in exchange is bigger as well.

After several rounds of funding, your startup structure and therefore the company ownership may look like this:

At the very beginning, you were the owner of the whole muffin. As investments rolled, it began to grow and turned into a really big pie. Now you own only a slice of this pie. However, this slice is much bigger than the muffin you had when you just started with your idea.

Funders and Founders have made a great infographic about how equity is divided after different rounds of funding.

4 stages of startup funding and the difference between them

The essential startup funding stages are the Seed Round, Series A, B, C and so on. The number of investment rounds isn’t limited and depends on different factors. But there are rarely more than 4 rounds.

The Seed Round is the first step in raising money. This attracts mostly small amounts of investments, which are usually used to transform an idea into something presentable. At this stage of startup funding, investors can only estimate your idea and vision of the business processes and aren’t ready to give up big sums of money. Seed funding is usually used to develop at least the working prototype of the initial product.

Money from the seed round tends to be used up very quickly. However, the finished prototype (if it’s worthy) rapidly increases your chances of attracting further investments. The amount of money funded at this stage is much higher. Investors can check the prototype and decide whether the product is worth investing in or not. The main objective of raising funding in Series B is to develop a product that is market-ready. But you will receive this money in exchange for a portion of your company.

Once the initial product is finished, it will attract even more attention from investors. At this startup funding stage, you can afford to be selective, as there will be more potential investors to choose from.
Series B funding usually has one simple aim: to generate a budget for company marketing and growth.

The next rounds of investment are optional and depend on company profitability and future plans.

Every round of funding means exchanging the part of your company for money. Investors become co-owners and take part in every decision about the future of the company. So think twice before taking money from outside, if you still want your word to be heard during meetings.

Types of the investors: angel investor vs. venture capitalist

During different fundraising rounds, you will raise money from different types of investors. We are mostly speaking of two groups: angel investors and venture capital firms. Let’s get to know them better.

What is an angel investor?

An angel investor is a private person ready to invest his/her money. These are mostly people who have achieved success and are now supporting prospective ideas to give them a chance. Angels usually participate in the seed round and help raise the money for the development of a working prototype of the product.

The amount of money an angel invests is rather moderate and rarely exceeds a million dollars. But this is enough to break the ground. An angel also willingly shares their experience, supporting you with the advice.

Angel investors are more likely to make spontaneous decisions. The prospects of the startup are important to them, but their personal liking may sometimes be crucial in making a final decision to invest.

What is a venture capital firm?

Venture capital firms are completely different. The investor is not a person, but a team of professional investors, managers, growth specialists. But they don’t work with their own money. A venture capital fund is filled by corporations, individuals, and foundations. They trust their money to the venture capital firm and its main objective is to ensure that the sums grow.

Investments made by venture capital firms are much higher, ranging from 1 to more than 50 million dollars. The firm is partially responsible for the success of the startup it has invested in. That’s why you can count on their support and consultations round the clock. Unfortunately though, venture capitalists usually want to have too much control over your business processes.

Venture capitalist decisions are never spontaneous. They only invest in promising startups with visible prospects.

There is also a way to raise funds for developing your product without exchanging it for equity. That’s crowdfunding, and it means exactly what says: your project is financed by a crowd. You receive a small amount of money from a large number of people who believe in your idea and want it to hit the ground running.

Crowdfunding for a startup is usually done through the internet with the help of platforms like Kickstarter, Indiegogo, etc. You have to remember that the third parties usually receive a percentage of the generated money. Also, make sure to carefully read the rules, which are sometimes too strict. For example, there is an all-or-nothing rule: if your campaign doesn’t reach the initial goal, you won’t receive a cent.

A startup crowdfunding campaign requires thorough preparation. In addition to the funding itself, you’ll be impressed by how many people believe in your ideas. That’s the best motivation to keep working!

It’s almost impossible to start a successful business without attracting investments from outside. Especially when it comes to startups, which are supposed to skyrocket from day one. To make this possible you need money, a lot of money, and in a short time. And if you are not able to fund your idea development by yourself, you should start seeking investors.

However, always think twice before you take someone’s money, as you’ll have to give up a part of your company ownership in exchange. Are you ready to consider someone else’s point of view when making any business-related decisions? Or should you bet on less predictable crowdfunding, which doesn’t force you to divide your company?

Well, every case unique and decisions vary. Only one thing remains true: to attract funders, you have to make them believe in your idea. This is much easier with a ready prototype or a minimum viable version of the product.

Still don’t know where to take off with your app idea?

Discuss the stages of the funding and development process with professionals